When It’s Time to Let Go

Separations are some of the most emotionally challenging situations. Whether you break up with your loved one or leave a job where you have many friends, or your child goes to college or someone leaves this earth, the separations bring to the surface some of the darkest experiences of fear, despair, or pain.

Separations cause physical symptoms, pain or physical suffering, vomiting, exhaustion, and if you’ve gone through that, you probably know they come together with tears and weeping.

So if you are missing someone, the thought itself of missing them will draw even more attention to the absence of a person, because the mind simply can no longer concentrate on anything else.

If it were a normal day, where you would talk on the phone twice, and you would have 3 messages a day, you will now look at your phone 100 times a day and look for any pretext to check your phone or write to them.

And often you don’t stop there. You have so much to tell them. There is much left to say. Yet when you think about it, you think of the same words that you have brought into your discussions many times. You get the phone to write them, and either you write messages of love or in which you unleash your anger, and when you send the message, you think you had better not send it and delete it. Then, after a while, you began writing again. And you sway between rage and longing, between writing and ignoring them, telling them how much you miss them, and blaming them, telling them you love them and then tell them you let them go.

An avalanche of thoughts weighs down on your existence. Why is this happening to me? How did I get here? Why did he leave? Guilt sprouts slowly in your mind and you tell yourself that you could have done more, have sometimes been more understanding, more loving, more tender or more gentle.

You consider that you might not have had enough patience, that you did not understand what they really wanted, that you shouted or that you slammed doors, that you didn’t spend enough time with them, that you sometimes exaggerated…

Deep down in your soul you still love them. And you feel the absence in every cell of your body. And they are present in your mind more than ever. And yet unreachable.

Your intuition tells you to pull them back in somehow.

Reason tells you that you can’t… What to do? 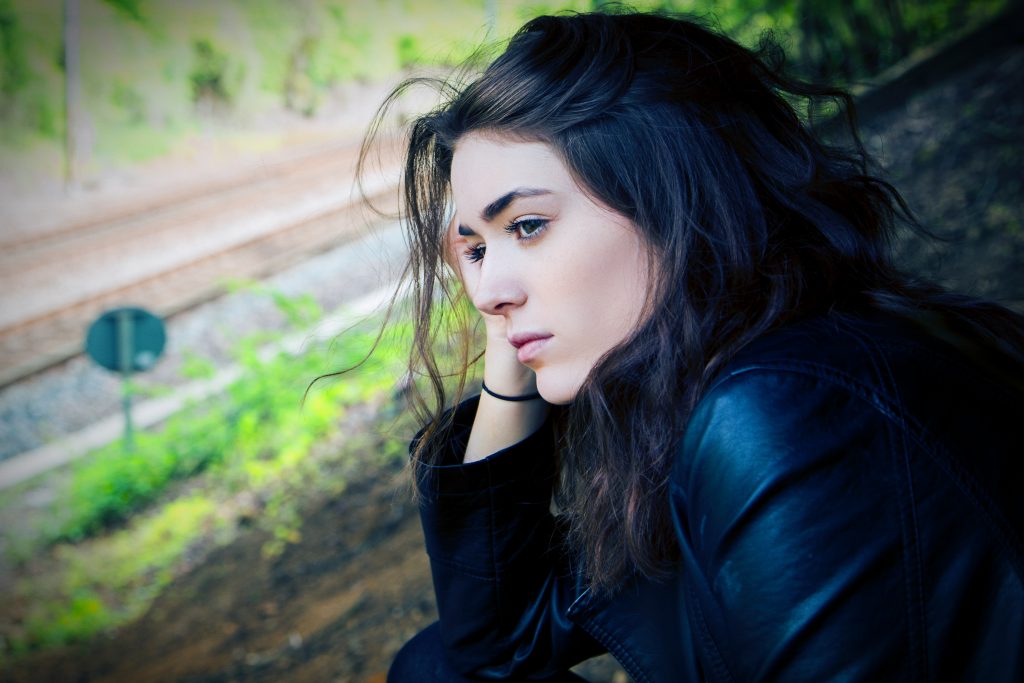 Photo by Kyle Broad on Unsplash

Transposed to relationships, the Law of Eristic Escalation manifests itself in various forms:
The more you want a relationship, the more it will not materialize.

The more security you take to avoid being deceived, the better chances are that you will be deceived.

The more you want to hold someone near you, the greater the chances are they leave.

The only solution is to “let it go”, truly let go. Without hope or desire to have them come back. No attachment.

Do you know how there are women who want a child so much? And they try all possible methods, and yet they do not succeed. Then, after adopting a child, or after renouncing the idea, they get pregnant.

You know what happened? They no longer wanted that at all costs. And thus they created a vacuum, a space, which was naturally filled with what they needed.

Similarly, in a relationship, if you let your partner leave if they want, and you are simply grateful for what you had with them and grateful for them having left, it is the only chance for them to really come back.

By letting them go, you will create the space for them or someone else – who can serve you even better – to fill that space.

But as long as you desperately hold on to their return, as long as you secretly hope that they will do so, until you release them from your mind and heart, you will keep the space occupied with your thoughts and you will prevent them from returning or the space from being with someone else.

I know it sounds strange and it is certainly counterintuitive, but there are much more chances this way. Until you hope they will return, you keep them away. When you accept with love that they are gone, you have a better chance of having them back in your life.

You’ll probably ask… how can I let him go if I really want him?

A client came to me when she separated from her husband. They had just divorced. She suffered terribly, though she did not allow herself to spill any tears.

After having worked together, when she saw that what happened was perfect for her, her former husband began to feel attracted to her again and to want to spend time together.
In three months they were reconciled and back together. And the magical part was that they had a child who fulfilled their lives.

Had she not had let go of her mind and heart, their relationship would not have been possible.

Sometimes it’s very simple. You may need to let go of the useless things you have in your house. Other times, in a job that just doesn’t bring you any satisfaction. Sometimes you may need to release some relationships in your life. Or other times, you may have to let go of a dream. Because every time, something better, more and more precious will come or come back to your life.

Let yourself create a blank space and let yourself be surprised by the perfection of the Universe that will fill the space you have created.

So… what do you want to release from your life today?