About sacrifice in relationships

Today is Saturday and I would like to tell you a story.

There once was a beautiful girl, with long blonde hair, who lived in a village with her parents. Across from her parents’ house, there lived another family, who had a boy.

The blonde girl and the boy knew each other since childhood. They would play together, fetch water from the fountain together, took the animals to graze in the fields together.

When they grew up, they became friends and later lovers.

When time came, the boy proposed to the girl and she said “yes”. The parents threw a beautiful wedding, gave them the land and the village helped them build a house.

The young couple moved in the new house and were very happy together.

He worked in the woods, chopping down trees, she worked around the house, planting vegetables and taking care of the animals. They had a beautiful life and they loved each other very much.

They lived happily, rejoicing each other’s presence every day.

Thus time passed by and they anniversary was coming up. 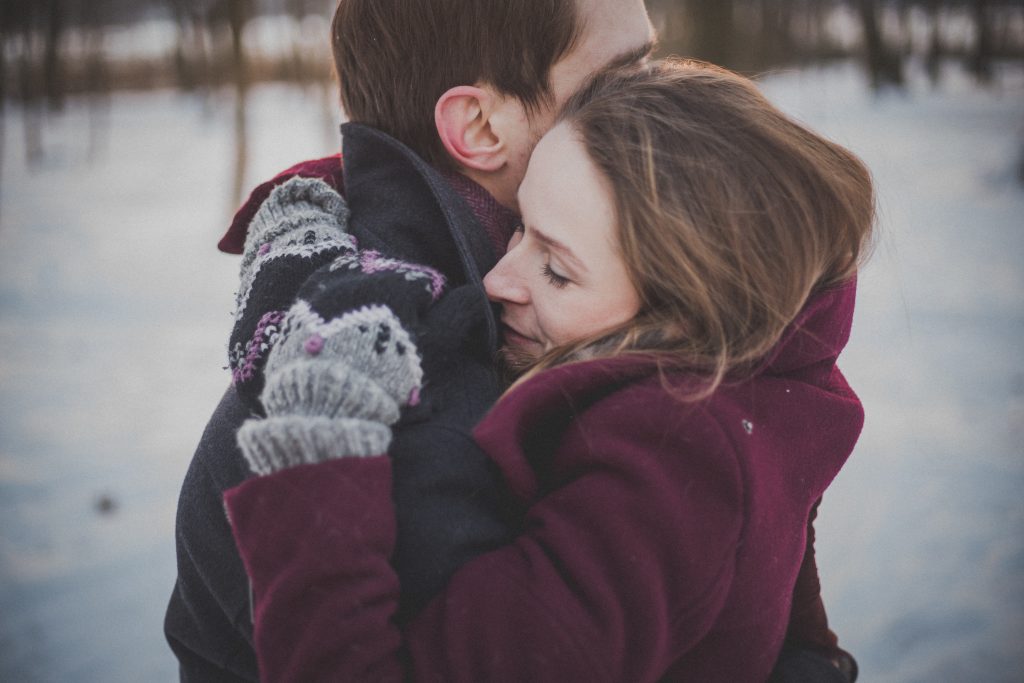 The young woman wanted to give her husband a surprise for their anniversary. At first, she thought she would knit him a sweater. But then, she realized she had recently bought him one. Every day she thought what she could offer her husband so as to show him how much she loved and cherished him.

She went into town to look in the store windows, store after store, to find the perfect gift for her husband.

But she could not find anything precious enough to reflect the love she had for her husband.

At one point, she stopped in front of a store where she saw a beautiful golden necklace that matched her husband’s golden watch. Her husband had inherited that watch from his grandfather and it was very valuable for him. “This would make the perfect gift”, the wife thought.

She went into the store and asked to see the golden necklace. When she learned the price she realised she would have to make savings two more years to afford it.

Sad, she left the store and went away.

As she was walking in the city, she saw the window of a hair salon.

“We buy natural hair”
The young woman went inside and asked how much she could get for her hair. The woman told her the price depended on the hair length.

The young woman sat down in te chair and had her hair measured so that she could learn the sum she could get.

To buy the necklace she had to cut her hair short, to her ears.

The next day, for their anniversary, the young woman went to the hairdresser, cut her hair and received the money. With the money saved and with those she got for her hair, she bought the gold necklace. She packed it very nicely, put it in a box and went home.

She put a scarf to cover his head, turned off the lights and left only the candle light. She waited for his husband.

When her husband entered the house, she embraced him with love and offered him the gift -the box with the golden necklace. The husband took the gift, thanked her and went to a cupboard whence he took out a bigger box.

He offered it to his wife. It was a set of very nicely crafted and adorned hair brushes, for which her husband sold the gold clock he had inherited from his grandfather.

P.S. Send me your thoughts on the story.